Scorpions make up approximately one-thousand-five-hundred species scurrying about on the planet. For the most part they live in a variety of habitats including rain forests, woodlands, desserts, grassland and amongst many other regions. Most prefer warmer tropical climates. They prey upon a wide-variety of animals and insects and all have the ability to sting. Even though a sting can hurt, very few scorpions are dangerous to humans.

Most tarantula enthusiasts refer to the Emperor Scorpion, interchangeably, as the Imperial Scorpion and vice versa. In general, the public has been afraid of this type of scorpion for a very long time, but enthusiast are quickly changing that perception. Not only does the perception of the venom bother most people, it is also appears that the size does too.

There is a positive side here and that is the venom they produce isn’t nearly as potent as most people believe. The sting though, in the unlikely even that you should ever experience one, will be a rather unpleasant and painful experience.

Scorpions typically live anywhere from three to eight years in the wild. They grow by shedding their hard out shells in a process known as moulting, which occurs every five to seven years, until they reach maturity. At that time, their final exoskeleton forms. The average size of the scorpion is approximately two and half inches long.

Scorpions have been roaming the planet for millions of years are highly adaptable and hardy. Most species of scorpion reproduce sexually and can have up to babies in single brood with the size of the litter depending on the type of species of scorpion. Scorpions are born alive and not hatched from eggs. At birth, baby scorpions have a softer outer shell. They ride on their mothers back for ten to twenty days until their outer shell hardens. At that point, they leave their mother and live on their own for the remainder of their lives.

Scorpions are predatory arthropods. According to National Geographic, they are classified as arachnids, similar to spiders, mites and ticks. Scorpions most commonly live in the desert and can be found on all continents except Antarctica. There are about 2,000 species of scorpion. Only 30 or 40 species are sufficiently poisonous to kill a person.

Feed growing frogs daily; feed adults 1 to 2 times a week. Obesity is a common problem in large terrestrial frogs, regulate their diets carefully. Provide a variety of live insects, such as crickets and mealworms; goldfish; frozen, thawed and once or twice weekly with a vitamin/mineral supplement; Clean, fresh, filtered, chlorine-free water, changed daily.

If feeding you frog live rodents, do not leave them unattended. Live rodents can injure the frog, sometimes fatally.

Juveniles require a minimum of a 10-gallon tank; for a full grown male African bullfrog, a 20+ gallon tank is necessary.

There are quite a few substrates that work especially well for frogs, and choosing one is a matter of personal preference for your animal's setup. Provide a deep substrate, such as commercial mulch, bark chips, large gravel, sphagnum moss, or sterile potting soil.

Spot-clean your frogs enclosure as necessary. When feces/urates/uneaten prey items are present, remove them as soon as possible. Clean & disinfect the water bowl on a weekly basis. Depending on cage conditions, remove all substrate & cage furniture and completely disinfect using a 5% bleach solution approximately every 30 days. Rinse the enclosure thoroughly and allow to dry before replacing cage furniture & your dragon. 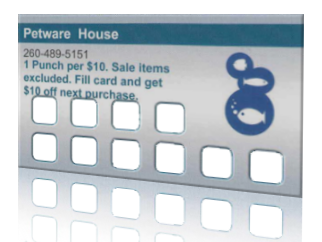 It’s important to maintain a range of 68 degrees F to 80 degrees F., use a heat source when needed.

Maintain humidity by misting or with a glass top over part of the screen lid.

Provide a constant supply of clean, fresh, filtered, chlorine free water in a shallow bowl that cannot be tipped over and large enough for the frog to soak in and drink from; replace water daily. Keep environment very clean.

Terrestrial frogs are sedentary, aggressive, gluttonous and cannibalistic when given the chance; awake during the day; can overpower and swallow prey almost their own size. The African bullfrog will bury itself up to its neck in leaf litter, and wait to lunge at its prey; in natural settings, bullfrogs will hibernate until the rainy season; unlike other frogs, males are larger than females.

We don’t know for sure, but there exists approximately two-thousand species of scorpions, roaming planet earth.

Scorpions typically inhabit many subtropical and tropical regions throughout the world.

Some believe that scorpions are a specie of insect, but this far from true. They belong to the Antropoda family of arachnids, they belong to various classes insecta.

Scorpions are poisonous, but only thirty to forty of them have enough toxins to kill a human being.

Mother Scorpions are known for eating their young when no other food is available.

Scorpions do not chew their food, they dissolve the tissues of their prey with digestive juices and aspirate the nutrients in semi-liquid form.

Scorpions are the oldest known arachnids.

Beta-carboline is the main component that enables the fluorescence of scorpions.

When a scorpion stomps its sting, it does not always decide to release its venom.

The worst enemy of scorpions is the man, who catches them as pets or as food, in addition to destroying their natural habitat and annihilating them instantly because of the danger that some of them represent.